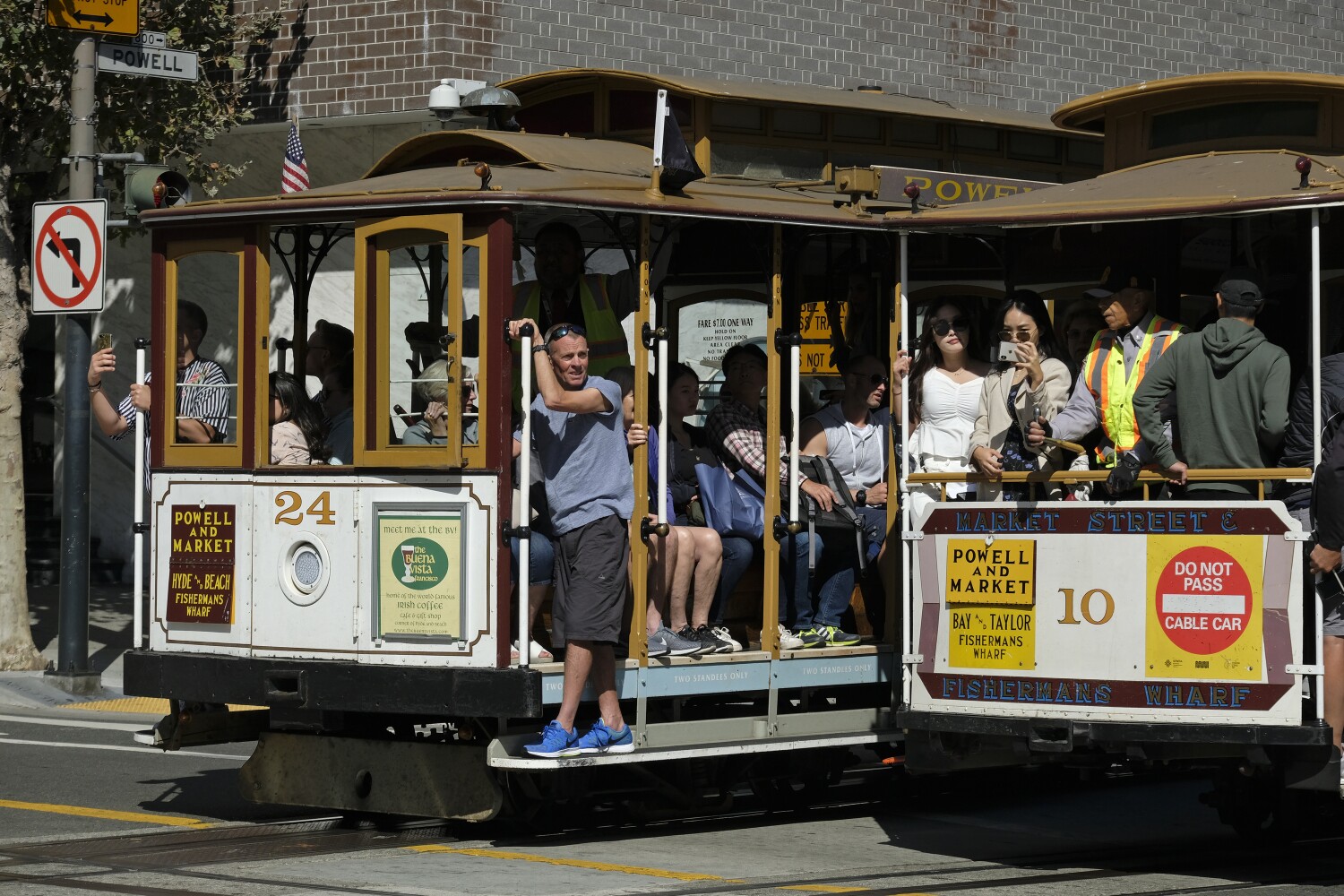 San Francisco’s iconic cable cars will traverse the city’s steep hills once again in August as San Francisco reopens after more than a year of pandemic restrictions to curb the spread of COVID-19.

Mayor London Breed, speaking at a news conference Tuesday, announced that the cable cars would be free to all riders in August as the system gears up for more expanded operations in September.

“Nothing says San Francisco like a cable car ride — up and down, rolling up and down the hills,” Breed said, standing at podium on a track with a cable car behind her.

San Francisco and the rest of the Bay Area reopened Tuesday in accordance with state guidelines. About 80% of San Franciscans 12 and older have received at least one dose of the vaccine. The city now has only 1.5 cases of the coronavirus for each 100,000 residents, which is 17% lower than the state and a 96% decrease in diagnoses in the city since January.

Breed said she was looking forward to walking around the city without her mask and urged people to come to the city to shop and dine.

The cable cars, which usually attract throngs of tourists, have been shuttered since the start of the pandemic. City officials said they would begin working on the cars in July to bring parts of the system into operation the following month.

“We are in this place because the people of this city came together like never before to make this a reality…,” Breed said. “We got through this. We helped to save lives, and we should be so proud of the work we did. Now is the time to take full advantage of the fact that our city is reopening.”

Jeff Tumlin, director of the San Francisco Municipal Transportation Agency, cautioned that the system would still be in “testing mode” in August and riders should expect delays.

San Francisco often moved more conservatively than the rest of the state in reopening sectors during the pandemic, and its decision to largely follow the current state guidelines reflects confidence that the high rate of vaccination will continue to tamp down the virus.

At the news conference, Public Health Director Dr. Grant Colfax said he understood that some residents might at least initially feel more comfortable continuing to wear masks and urged those residents who have not been vaccinated to get the shots.

“The masking is especially important if you have not been vaccinated,” Colfax said.

He noted that the Delta variant, first detected in India, has caused England to delay its reopening. The Delta strain is believed to be more contagious and cause more severe disease than other variants, but the vaccines also are believed to remain effective against it.

“We don’t want to go backwards,” Colfax said, “and the Delta variant is still a real threat.”

Once one of the vaccines receives formal federal approval, probably later this summer, San Francisco will require staff in skilled nursing facilities, acute care hospitals, homeless shelters and jails to be vaccinated.

Physical distancing is no longer required on city buses, but riders must wear masks on all public transportation.

Amid COVID, Disneyland opens up to guests outside California

Disneyland and Disney California Adventure have begun selling tickets to travelers from out of state for the first time since the COVID-19 pandemic shut their doors more than a year ago, the Anaheim theme parks […]

The nation’s largest airlines lost a combined $46 billion last year as the COVID-19 pandemic brought the travel industry to its knees. During the depths of the slump, airlines laid off or furloughed as many […]